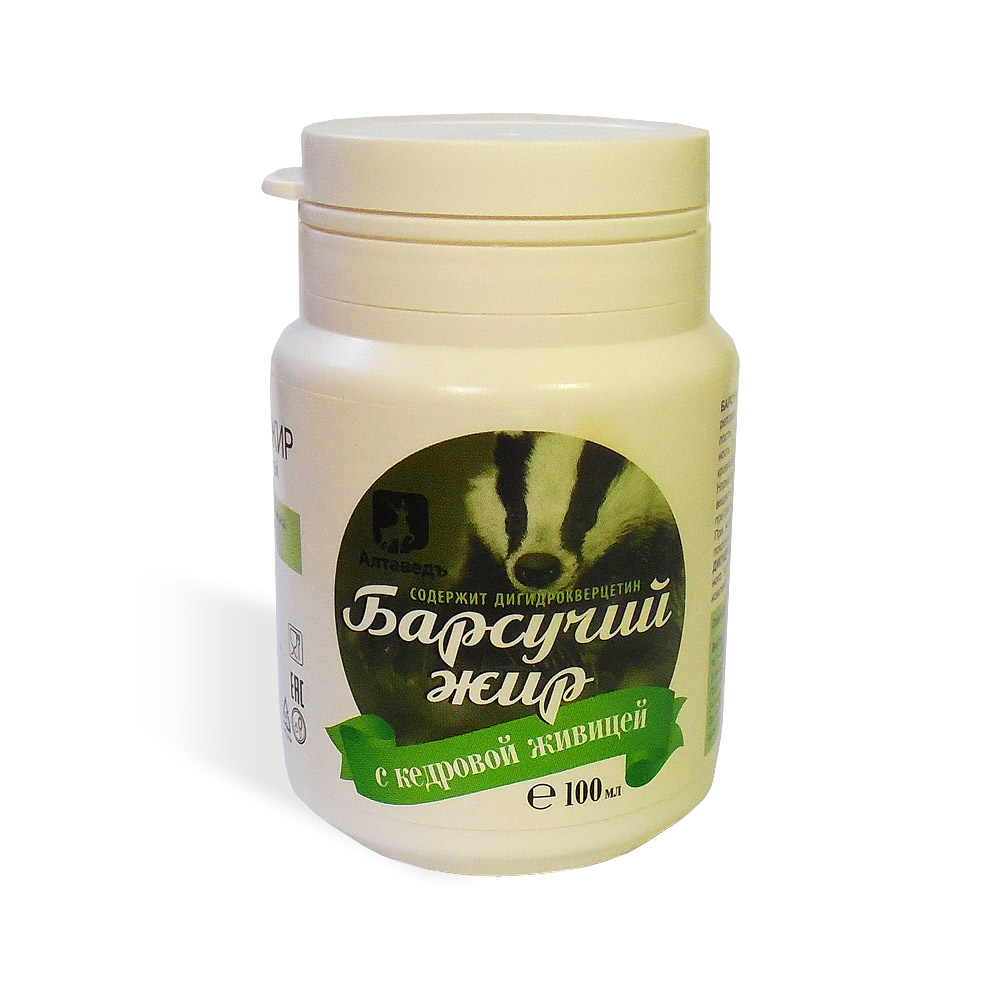 Product SKU:
Wholesale Offer
It has a general strengthening effect, reduces chronic fatigue syndrome, increases mental and physical performance. Helps to improve cerebral and peripheral circulation. It normalizes the work of the gastrointestinal tract and metabolism, reduces the intoxication (poisoning) of the body when taking chemicals. When used externally, it accelerates the regeneration of the skin with burns, frostbite, skin problems.

When ingested, badger fat has a powerful bactericidal and cleansing effect on the lungs and treats such serious diseases as pulmonary tuberculosis, chronic bronchitis, helps to cope with bronchial asthma, softens cough and reduces the number of attacks. At the same time, badger fat has a positive effect on the functioning of the gastrointestinal tract and improves the condition of gastritis, gastric ulcer and duodenal ulcer. It also protects the liver from being affected by antibiotics and other drugs and removes excess cholesterol. Adding honey allows you to achieve a more pronounced healing effect on the respiratory system. After all, the beneficial properties of honey and its ability to soften cough have long been known to people. It perfectly removes the feeling of irritation and soreness in the chest and throat, helps to eliminate sputum and cleanse the respiratory system.

Cedar gum has a hepatoprotective, antiulcer, antiseptic, antisclerotic effect, and also normalizes the functioning of the gastrointestinal tract and bronchopulmonary system, accelerates healing and metabolism, and reduces intoxication (poisoning) of the body when taking chemicals. It also has a general strengthening effect, reduces chronic fatigue syndrome, and increases mental and physical performance.

Dihydroquercetin is a reference antioxidant of vitamins of group R. The antioxidant effect significantly exceeds the level of action of well-known vitamins A, C and E. DHA has capillary-strengthening, hepatoprotective (antitoxic), gastroprotective (activates the regeneration of the gastric mucosa), anti-inflammatory, hypolipidemic and anti-sclerotic) .

Since ancient times, beeswax has been used to treat ulcers, boils, burns and wounds.

Inside: for adults, 1 teaspoon (5 g) 3 times a day with meals. Duration of admission is 3-4 weeks. If necessary, the reception can be repeated.

Outwardly: lubricate a painful place with a small amount of funds, rub well with light massaging movements, wrap up with warm.